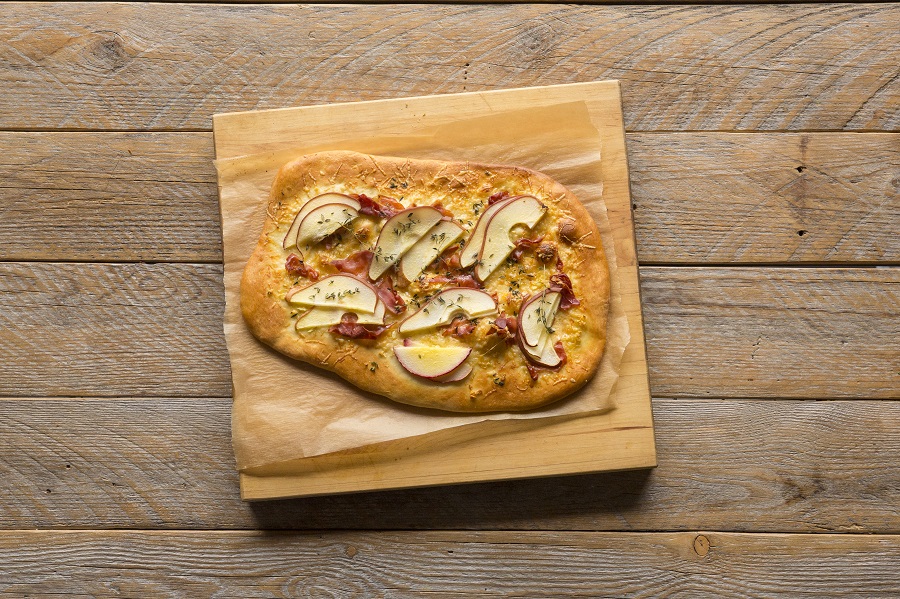 PORTLAND, Ore. – September 4, 2019 – As part of the kick-off for the 2019-20 Northwest pear season, USA Pears will launch a campaign centered around pear pizza. The beginning of 2019 was marked by the great pineapple pizza controversy, but we are proudly declaring that there is nothing wrong with using fruit as a pizza topping. That being said, now it is time for pineapples to step aside for pears to triumph as the ultimate fruit to use as a pizza topping. The quest for world pizza domination begins at FEAST Portland on September 14.

To kick off the #pearpizza campaign, USA Pears is teaming up with Rally Pizza from Vancouver, Wash. (WA) to serve pear pizza to the foodie-centric crowd at FEAST Portland’s Big Feast. Rally has built a large following in the Portland area with their Neapolitan style pizzas that make use of local seasonal ingredients, including pears. It was founded in 2016 by chef Alan Maniscalco and his wife Shan Wickham, who serves as general manager and pastry chef. Over the course of two days, attendees will have the opportunity to try inventive pear pizzas at the USA Pears booth.

“We are longtime fans of putting pears on pizza, and we are looking forward to enlightening the good people of Feast Portland to the sweet and savory eating experience of pear pizza,” said Maniscalco.

Pears aren’t just for desserts and eating sliced, and their versatility as a fruit lends itself perfectly to entrees and savory dishes. The natural sweetness and soft texture of pears mixed with the savory flavors of pizza is truly one of those deliciously symbiotic combinations. Spanning from September 14 – October 15, the pear pizza takeover will include a consumer contest, restaurant activation, retailer tie-in, and influencer campaign, all of which will be unified with the #pearpizza hashtag. In order to keep pears top of mind for consumers, this multi-faceted campaign will be an effective way to engage them with pear content and offer an easy and delicious way to eat more pears and add more healthy produce to their pizza.

“Unlike other fruits that are far too polarizing of a pizza topping, we believe that pears, especially the 10 varieties that come from the Northwest, are a topping that will surprise and delight those who have never tried the combination. Whether served up on a white sauce pizza with Gorgonzola and walnuts, or a red sauce pizza with ham, mozzarella and red onions, or any number of creative ways, pears are amazing when roasted on a pizza,” said USA Pears Communications Specialist Neil Ferguson. “It doesn’t matter if they’re making it at home or enjoying it at their favorite pizza establishments, we feel that the time is ripe for people everywhere to taste the joy of pear pizza.”

To make pizza lovers aware of pears as the ultimate fruit topping, the USA Pears team will host a contest that will give people a chance to win a Gozney Roccbox pizza oven. Restaurants around the U.S. will highlight their own pear pizza offering on social media, and influencers and bloggers will create their own pear pizza recipes, with retailers also sharing content provided by USA Pears.